The Whale Whisperer campaign turns 10 – a look back. 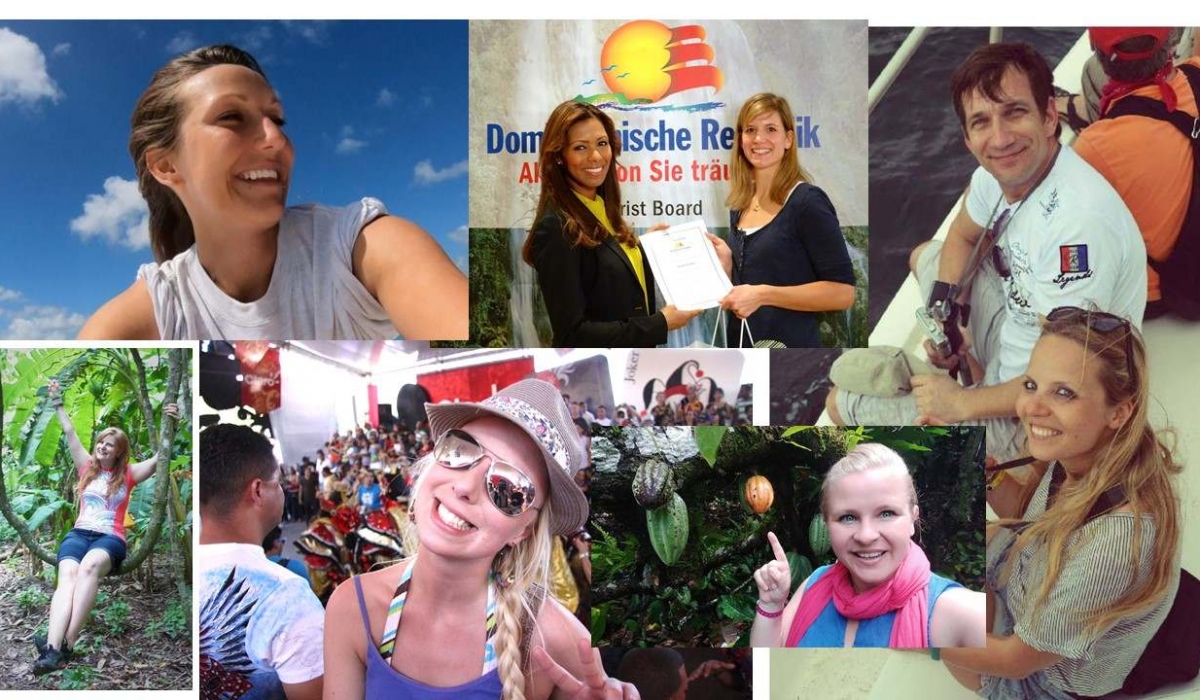 Nine Whale Whisperers have already traveled to Samaná in the past few years and reported on the whales there. The campaign has been largely represented by women, with the Whale Whisperers consisting of eight women and one man until now.

It all started in February 2011. The student Nadja Wegfahrt from Darmstadt was the first Whale Whisperer to travel to the Caribbean. Ines Rühlander from East Frisia followed her footsteps the following year. The third Whale Whisperer was Christina Degener, who had already worked as a whale watching guide before the trip. Roland Liebetrau, the only man, traveled to Samaná in 2014. Roland fell in love with the Dominican Republic and has continued traveling to Samaná ever since. Jana Schütt was a Whale Whisperer in 2015 and she still likes to wear her grey sweater with the white whale on it. One year later, Saskia Kißler from Frankfurt flew to the Dominican Republic, followed by Alina Berg, who fittingly was pursuing a degree in Atlantic Studies at the time. Blogger Marlene Rybka flew to the Caribbean one year later as the 2018 Whale Whisperer, followed by surfer and media expert Svenja Kluge (the 2019 whale whisperer).
Would you like to become the whale whisperer for 2020? Then keep your eyes and ears open, we will soon be on the lookout for a new whale whisperer.