“The Whale Whisperer for 2020 should be drawn to nature”

Interview with Petra Cruz, European Director of the Dominican Republic Tourist Board, on the 10th anniversary of the campaign and the launch of the Whale Whisperer 2020.

The Whale Whisperer is celebrating its 10th birthday this year. Why does the campaign mean so much to you? 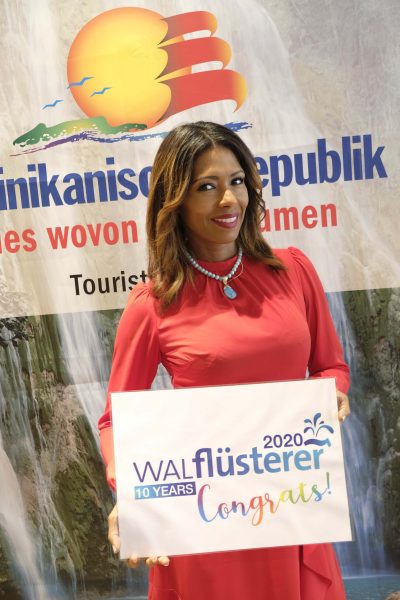 Cruz: Above all, I am proud that we have managed to make this campaign one of the most successful and well-known for sustainability for 10 years now. First of all, there are the many people who have enthusiastically applied as Whale Whisperers. And then there are the nine finalists who successfully worked to protect humpback whales in the Dominican Republic and impressed the community. The assessments of our team have found that the campaign is now being followed from 150 countries around the world. This is something very special for us.

What was your personal highlight over the past ten years?

What changes have you seen over the last ten years?

We started the Whale Whisperer in 2010 in German-speaking countries with just a website and a Facebook page. Communication in the media has evolved a lot over the past ten years and there are now so many new channels. We continuously followed this development. This means that we communicate all activities of this online campaign in real time on all important channels such as Instagram, Youtube, LinkedIn and XING. We are therefore in constant dialog with the community.

What’s new with the 2020 Whale Whisperer?

Our analyses have revealed that the “Whale Whisperer” is now being followed from more than 150 countries. The communication has been published in German and Spanish so far. Starting with the 10th installment, we have decided to make all content available in English as well. We are cooperating with media partners in Germany, Austria and Switzerland for the anniversary issue, both in the B2C and B2B sector. For the anniversary issue, we are promising the Whale Whisperer Community exciting marketing campaigns and new blog content.

The next Whale Whisperer should have an affinity for nature, communication and travel. They should have good writing skills, enjoy photography and actively participate in social networking. They should also enjoy meeting people and be an enthusiastic team player. Ideally, they speak English. Knowledge of Spanish is of course an advantage.